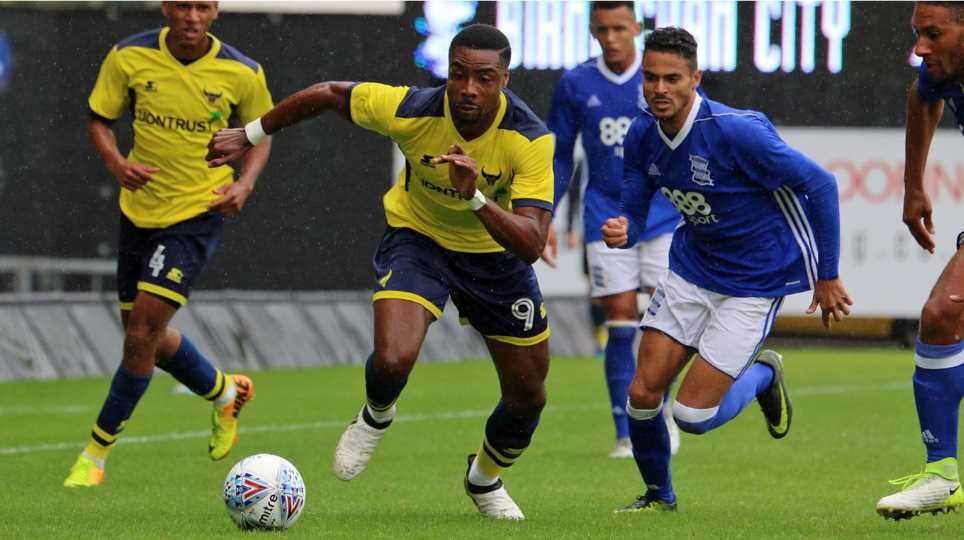 Where are we? If 2015/16 was the start of a passionate romance with a new and refreshed Oxford United and last season was the warm contentment of early marriage, who knows where next season will take us? Some are still seeking that buzz of those early days and anything other than complete satisfaction is a compromise with the only solution being divorce. Others are happy to settle into our new role making steady, positive progress; a lifetime of commitment and togetherness.

This summer has been one of soul searching. There was the brief glimmer of hope that we might be fast tracked to the Premier League via the billions from Juan Satori only to see it dashed, then just as we settled into the idea that this wasn’t going to happen Michael Appleton was plucked from our grasp and now we have Pep Clotet in charge.

Having started the summer with a great English owner and a great English manager, we might have ended with a Uruguayan giving Russian money to a Spaniard to propel us forward. How strangely modern.

What is perhaps most perplexing about this is the fans’ reaction to these things. To date, our English success story has been something that many have been proud of. But these same people are suddenly devastated that the club’s progress appears to have been checked because we haven’t sold out to foreigners. More oddly, the villain in all of this is Darryl Eales, the man who drinks with fans in pubs and watches away games in the away end and was, a few months ago, considered the best owner you could hope for.

League 1 is an elephant’s graveyard of team’s whose ambition and greed have overwhelmed them; last year we had Coventry and Bolton – who headed off in different directions – this year it’s Wigan, Charlton, Blackburn, Blackpool and Portsmouth. All teams who have hit the peak of the Premier League before collapsing under the strain.

Having consolidated our place in League 1 last year and sniffed the feint whiff of the Championship, an impatience to progress not only to the division above, but beyond has started to eat away. Eales, himself impatient to progress, has in some eyes, become the block, first by not accepting Sartori’s money, then by allowing Appleton to leave and finally, by not splurging a bottomless pit of money on players.

To some extent, this is fair enough; all clubs in our position are standing on a burning platform – Chris Maguire, Liam Sercombe, John Lundstram and Joe Skarz have all gone. Marvin Johnson could well join them before the end of August. We have to keep replenishing the stocks with at least equal to what we have to survive, let alone move forward.

But the truth around Sartori and Appleton, I suspect, is far more simple than Eales activating some long dormant masterplan of destruction. Sartori’s offer, if there was one, was not an improvement on what Eales could offer and Appleton saw a rare opportunity to progress his career and simply took it. We are a club that is strong enough to not become distracted by a billionaire’s bank balance, but not strong enough to withstand the lure of a Premier League club. To me, that feels a decent summary of our current position.

The club’s summer plans were slowed by Sartori’s advances and then by Appleton’s departure. Its infrastructure simply isn’t big enough to continue unabated, but nor is it going to be destroyed by such things. Pep Clotet appears a solid appointment as does the signings we’ve made to date. Far from going backwards, we’re probably about where we were on the last day of last season, just behind where we wanted to be and a long way behind the vision that some fans have as a result of their rampant and unreasonable imaginations.

The problem, therefore, is that we don’t currently have a shared vision for the club, some remain happy that we’re a League 1 club and will consider a similar season to last year as a success, others  want us squaring up against Paris St Germain in the Champions League by 2020.

Had we been able to hold onto Michael Appleton, then we might be a couple of signings ahead of where we are today, one of those could have been Chris Maguire and most fans would have been happy with that. I suspect the Lundstram deal would have been a no brainer either way. If that had been the case, then I would have set our sights at promotion next year. Given that we have been hit unexpectedly by delaying, but not destroying factors, then something steadier might be more realistic. If, come May, we have finish in the play-offs, then I think we should consider that a good season.