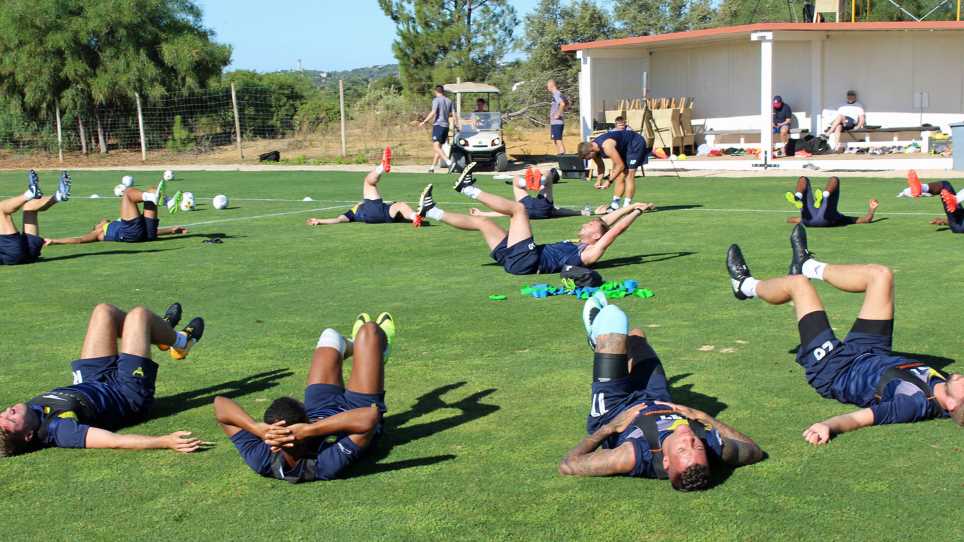 Saturday 8 July
Eskimos have fifty words for snow, which is nothing compared to the ways Oxford City have found to tell people they have a new pitch. It was carpet burns aplenty as their older, more sophisticated cousins traveled to Court Farm on Saturday to play a team in blue and white hoops on a plastic pitch  for the first time since QPR in the 1980s. Those were simpler times, of course, when the name Simon Stainrod wasn’t considered funny. Still, a 3-0 win was a satisfactory way of starting pre-season, although as we know with friendlies, it’s not the result that counts but more what we learn from the exercise, which, in this case, is precisely nothing.

Monday 10 July
Fearful of being subjected to foreign muck, PClot has packed as much patatas bravas as he can carry and has taken the team to Portugal. This is the trip where the Yellow Army march in their espadrilles to colonise small balconies of holiday apartments with their Oxford flags and then put the pictures on Twitter. Last year Chris Maguire and Joe Rothwell appeared mid-way through the week like two members of a stag party who’d disappeared one night and had an experience that they will never talk of again. Faz reckons there may be similar signings during the week, but let’s face it, Faz is on holiday and is already quite drunk.

Tuesday 11 July
Twitter is alight with fans’ pictures of ice cold lagers set against the cobalt blue skylines as well as official pictures of the players glistening in sweat wearing those tight bras which appear to be the fashion these days. I guess just because they’re sports people doesn’t mean they don’t want to feel feminine and desirable. In what is increasingly looking like a campaign to make Aaron Martin feel as inadequate as possible, former Wolves defender, Mike Williamson is wearing a bra with the rest of the squad this week.


Wednesday 12 July
Talk about Portugese football immediately evokes memories of the past; names drift through the air with a vividness that you can almost taste; names like Eusebio, Benfica and, above all, Middlesbõrõúgh. For those who don’t know, Middlesbõrõúgh is a small fishing town just along the coast from Albufiera famous for its fresh mackerel (Note to editor: check facts before publishing please). I don’t know much about their team, but I assume it’s full of moustachioed ice-cream sellers and waiters with an unhealthy interest in young female tourists, which makes the 0-0 draw all the more disappointing.

Earlier in the day, James Henry jetted in to do a Chris Maguire and signed after his release from Wolves. According to FIFA, Henry is a winger with a total IGS 1789, whatever that means. He plays down the opposite flank to Marvin Johnson. Having two flying wingers makes for an exciting prospect in the future, and when I say future, I mean the near future before Johnson is sold next month.

Thursday 13 July
Not that these pre-season overseas jaunts are a Disneyland version of the Austrian original in 2015 but I’m beginning to think I should organise a pop-up Clumsy’s every year serving steins of lager in lederhosen. The latest tradition, between mini-golf and gutsy renditions of Sweet Caroline, are signings. If this year’s Chris Maguire was James Henry, then this year’s Joe Rothwell is Dwight Tiendalli. We now have more defensive assets than South Korea when Kim Jong Un has been on the bourbon.