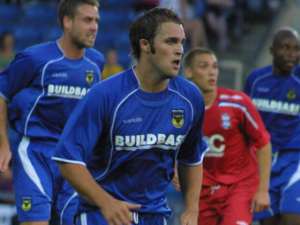 In the Good Old Days – the days that you don’t remember clearly – the close season was very different to how it is now. News emanating from the club was virtually nil; the odd by-line in the local press about a signing or where our latest golden boy was heading, but not much else. The summer was spent playing cricket and generally mucking about.

My family used to travel around Europe during the summer; the only contact we had with home was the World Service. The chances of Oxford news coming through that was next to nothing (apart from the second half of our Division 1 debut versus West Brom, which was listened to on the beach at Lake Trasimeno).

The silence made the heart grow fonder. The opening game of the new season was exciting because everything was refreshed; the team, the kits, even the existing players had a tanned sheen from an exotic holiday in Magaluf.

Even giants of the Blue Square like ourselves are now subject to wall-to-wall, hour-by-hour close season news. New signings don’t arrive like mysterious wonders, we watch them from the first bung payment through the humiliation of being ‘on-trial’ to signature. Not being able to escape means that the new season arrives when you’re still looking trying to get away from supporting the club and all the horrors this entails.

Still, it’s been a quieter close season than normal and with promising friendly results following tonight’s 1-0 win against Birmingham, means, for the first time I’m approaching Saturday’s curtain raiser with a renewed sense of vigour.