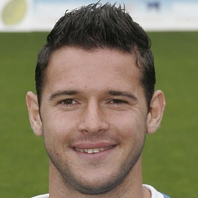 As people weave their way into the latest anodyne blockbuster at the Vue, the great beast opposite sleeps. It’s mouth gapes wide open as it snores under the dank sky.

Deep inside the belly of the beast, tubby communications specialist Chris Williams, scratches around for more news to feed the website with. No signings, everyone on holiday, there’s nothing to say. Being a corporate automaton he can’t even make up any rumours, which is the newsman’s bread and butter during the close season.

He’s probably busied himself writing all next year’s programmes: ‘Welcome to today’s game which is vital for both sides…’ and secretly trying on Phil Gilchrist’s jock strap, but who can blame him with so little happening.

Mick Brown has been elected to the board of the Conference. Appointed unopposed, it seems a slightly odd move for the club, which surely isn’t planning to stay around the Conference, sorry Blue Square Premier, long enough to instigate any effective change to the competition and how it’s run.

One suspects, the move is less than altruistic, more likely it’s a move to influence enough to give us the best possible chance of going up. One would hope so, anyway.

Braveheart’s signed for Torquay, and good on him. Time And Relative Dimensions In Football – Christ Tardif is quite happy helping out in the club shop until something better comes along. Lazy git. And Luke Foster is on the verge of signing a new contract, though this appears to have been delayed because his car broke down, his dog ate his homework and his granny died for the third time this month.

Rumours flying around (parts of) Gillingham suggest Michael Flynn may be on his way though it seems odd that the Gills captain would drop two divisions and out of the league to join us.

And apparently Samuel Eto’o has been seen looking at houses in Wheatley. Watch this space.