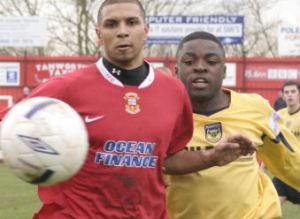 Aside from the flourish of excitement at the end, yesterday was a textbook Oxford victory. Early goal, penalty to cement things, tight at the back. As previously mentioned; we’ll just have to get used to it as our way.

Dagenham‘s victory, their fifth in six, shows their current strength. On Tuesday, they did what we did to them earlier in the season; slapped us down. Just when it looked like there was a fight on, they showed that they’re looking worthy champions.

That’s not to say we should give up the fight just yet – with the voodoo hopefully lifted we can pick up points in March, that could make the last month of the season much more interesting.

What’s more, we’re a club that has, in recent seasons, got used to cruising to the end of a season. Last year’s biggest problem was complacency; firstly by the concept that a team like Oxford couldn’t go down, and secondly when we were in trouble, feeling that Jim Smith would turn the dismal into devastating overnight. We almost forgot to put in the effort to pick up the points for safety.

Whilst it seems highly unlikely that we’ll drop out of the play-off positions, to cruise into the play-offs would be a huge mistake. Also, we don’t want to let the culture of panic creep back in by looking down to the points difference between us and 6th place.

It looks like the play-offs will be the final act of this season’s drama – and it is quite nice to have an Oxford season that is enjoying drama at the right end of the table – but we mustn’t forget this interim period, because it’s likely to define how the story will end.