The most golden of generations; a season like we’d never seen before. Derby wins, giant killings and promotion. Why not throw in a trip to Wembley?

The last day of the 1984/85 season, promotion to the top flight had been secured weeks before with a win over Shrewsbury. Things had gone off the boil with consecutive three draws meaning they hadn’t secured the title that they so richly deserved. We needn’t have worried; a 4-0 win saw us crowned champions in what turned out to be Jim Smith’s last game. Well, for 20 years, anyway. 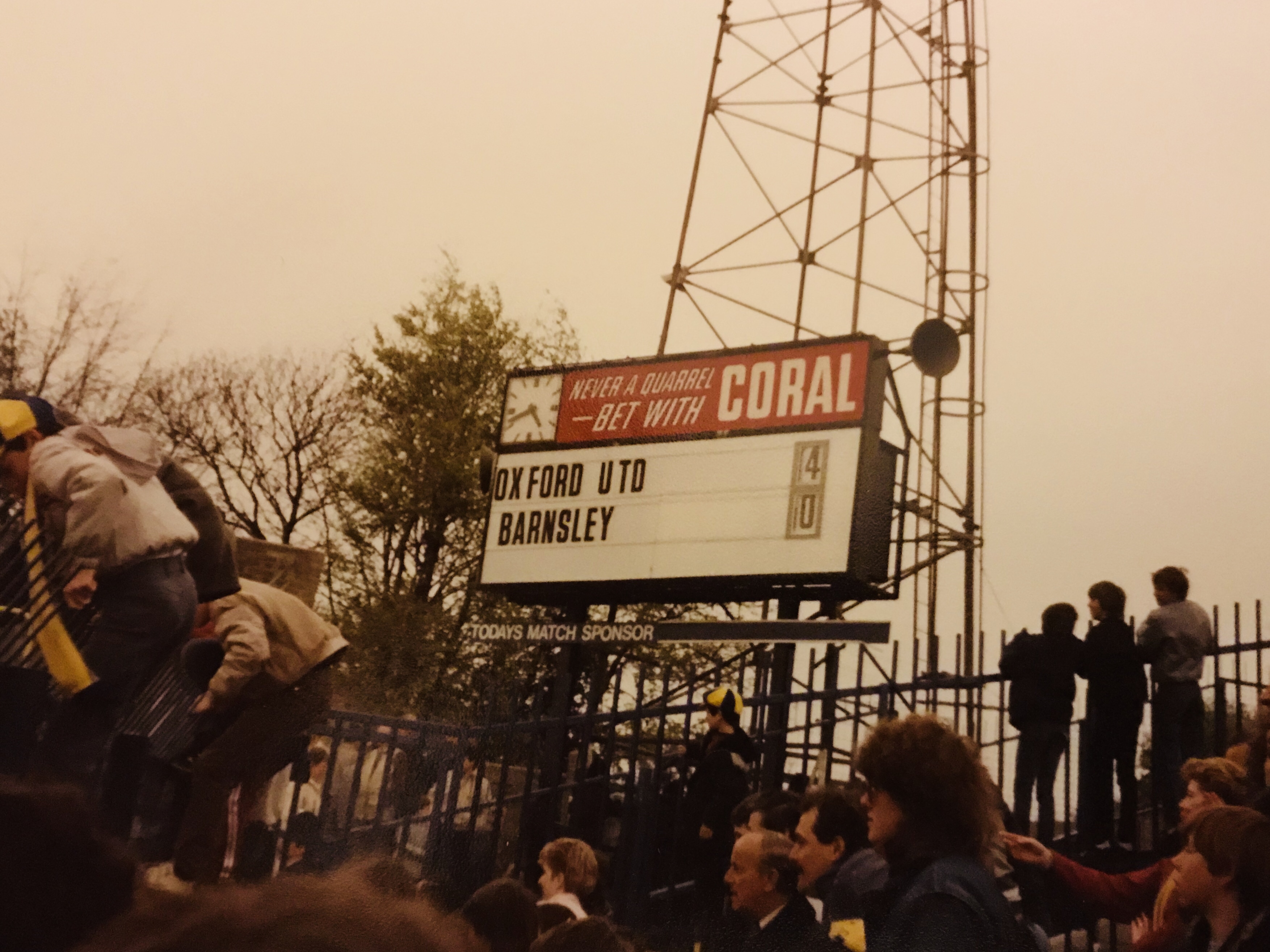 Twelve years and one week after being promoted to the top flight against Barnsley, they returned to The Manor having just done the same. Barnsley fans packed the Cuckoo Lane End singing their signature song – ‘It’s just like watching Brazil’. It was, but then, it was us in yellow.

A new season, a new start, a new squad. So much optimism, so much hope. What could possibly go wrong. Lots, it seems.

There have been occasions when Oxford and Barnsley have met in less thrilling circumstances. But, this is bloody marvellous; Nick Harris reporting on our 2-0 home win for BBC Look North.