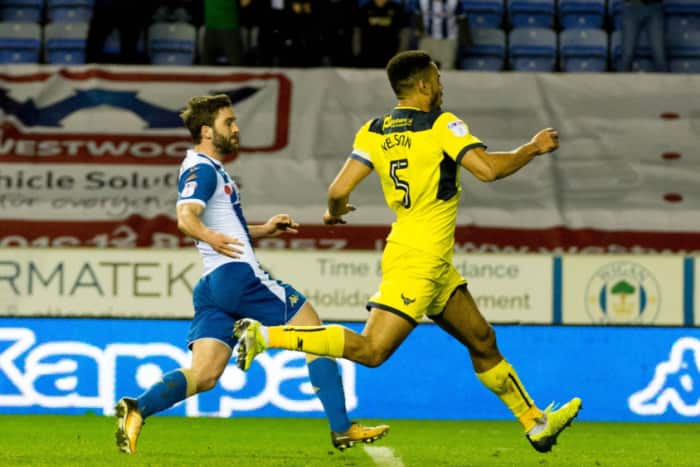 The book Inverting the Triangle covers the history of football tactics; which is significantly more interesting than it sounds. One point that struck very hard with me was the disconnect between the manager and his tactics, and the supporter. Supporters look to win a game, managers look not to lose it. The distinction is important; losing games loses the manager his job, so avoiding defeat is the priority, winning is the bonus. It’s why managers build teams from the back, but supporters always want a 20-goal a season striker.

There was a curious approach to the game against Wigan, which illustrated the difference between what we perceive as supporters and how managers look at the game. We are at the sharp end of the season and both teams still have a lot to play for. Yet, both chose to play weakened sides. Neither Karl Robinson nor Paul Cook seemed to look at the game as one to win, at least not handsomely. It was as if Wigan were fielding the weakest team they could get away with to get three points, and we were generally accepting that zero points was the most likely outcome. As if the result was pre-destined.

It meant the game effectively was set up as attack versus defence; we were never going for the win, just to see whether we could avoid a defeat. Karl Robinson confirmed as much, saying that the goal, when it came, was the result of thinking we might be able to score.

Even though the defeat was expected, its manner was no less of a kick in the teeth. Perhaps this is another difference between supporters and managers; managers find it easier to rationalise results. I haven’t expected us to get anything from Shrewsbury, Wigan or Blackburn, yet the first two defeats are no less frustrating.

The other curious thing about the result is that, because of where we are in the season, the impact on points is different. At the start of the season, the aim is to accumulate points, so a defeat is three points lost. At the end of the season, the loss or gain is relative to the position we’re targeting (us, avoiding relegation, them, winning promotion). So, we lost one point from the defeat not three because the gap narrowed to from five to four points, they gained six because of Shrewsbury’s defeat.

It is still not comfortable, but in my more rational moments, I don’t see MK Dons or Northampton catching us, and that still leaves four teams to overcome our 50 point total for us to go down. We can, of course, make life much easier by picking up points against Doncaster and/or Rochdale, but even without them relegation is far from certain.