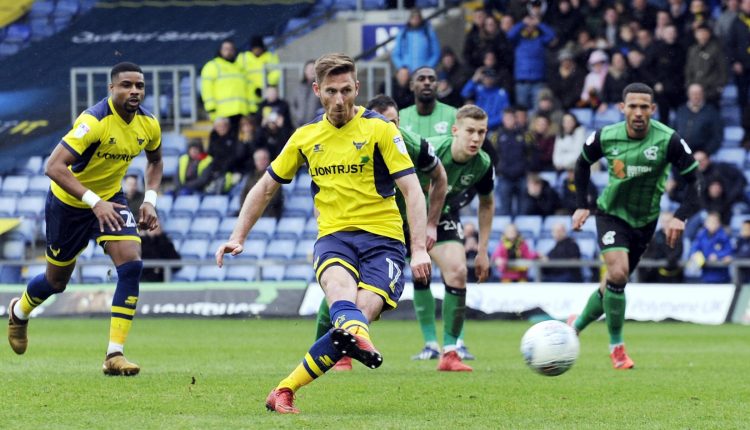 On Wednesday I hit a pothole so hard it caused my daughter, sitting in the passenger seat, to spontaneous yelp ‘fuck’. I looked at her as if to say that was unacceptable and understandable in equal measure… just don’t tell your grandparents.

On Friday, before setting off for the game I saw two worrying bulges in my tyre, clearly caused by the impact of hitting the hole. After wrestling with the dilemma of choosing between the game and my life – a struggle more real than it ever should be – I eventually I decided I needed to get the tyre sorted. It turns out you can get quicker than a Kwik Fit fitter and I missed the game.

I got home about 10 minutes into the game. I can’t remember watching a home game live on TV before; it gives you a curious sense of detachment. Presumably Sky don’t thow as much kit at League 1 game as they might a Premier League game, so crowd noises are largely absent. But, you’re released from the groupthink that creates anxiety (or occasional ecstasy), you’re also subject to the bias of the commentary – well, not bias as such, more a question of a pundit (Lee Hendrie) choosing a narrative, and then refusing the migrate away from it regardless of what was happening on the pitch.

The benefit of this is the opportunity to analyse; what was pretty evident was the recruitment mess we’ve managed to get ourselves into. In the first half we were overwhelmed as we have been on more than one occasion this year. Thankfully, unlike against Wigan or Blackburn, we didn’t concede a bucketful.

Our problem is that we have a team full of the same kind of players – for Mowatt came Rothwell to play alongside Ledson, Brannagan and Napa, with Ruffels coming on later in the game. With Kane and Smith-Brown we’ve got a team packed with small, talented ball-players. The consequence is that we’re one dimensional, we have a bunch of ‘cultural misfits’ – to quote Darryl Eales – sitting on the sidelines and what results is a great big hole in the squad.

John Mousinho, James Henry and Jonathan Obika all have experience, and showed how important they are likely to be in the run in. None have enjoyed their best form (or fitness in Obika’s case), but when they are playing well, they can fill gaps left by Lundstram, Johnson and Hemmings in the summer.

The problem is that neither Mousinho, Obika nor Thomas have been able to sustain any form and they don’t have age on their side to suggest that this might improve next season. If we are to progress, the big hole in the squad is a major priority.