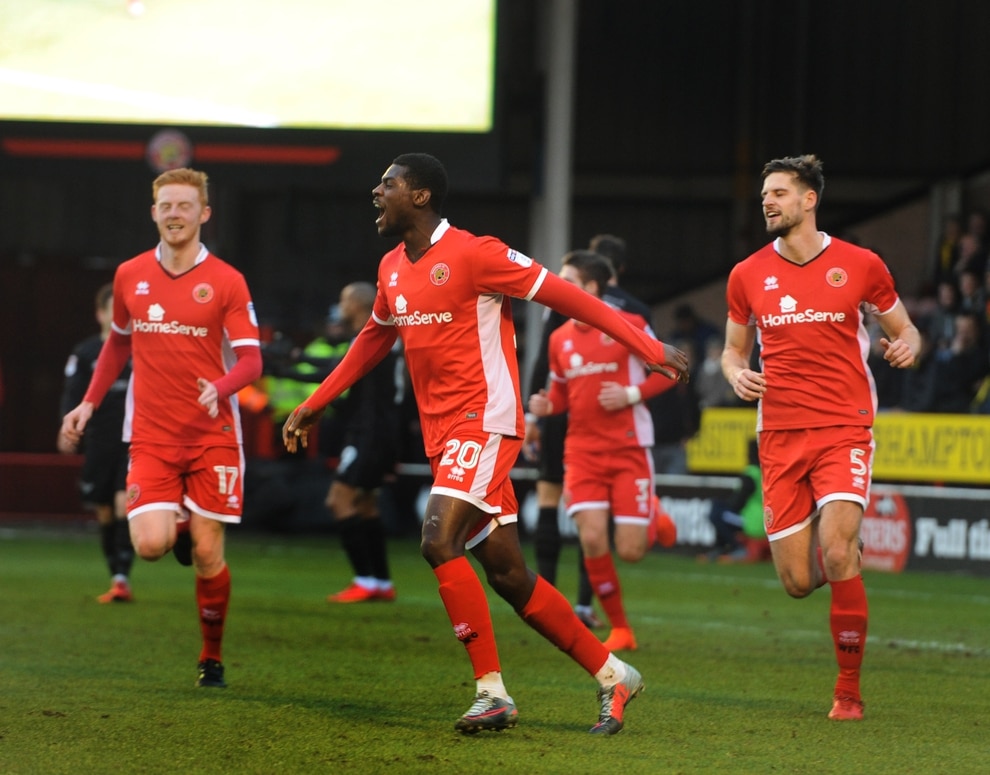 It’s been a funny week in the cult-like campus that is the Oxblogger empire. At the club it looks like we’ve returned to the policy that has served us so well over the last few years of signing up young talented players looking for a first-team outlet. This suggests that the summer of signings from around the world was as much born out of necessity as a pre-planned change of direction.

This is counterbalanced by the news that Simon Eastwood, Ryan Ledson and Josh Ruffels are all subject to transfer speculation. We should probably expect one to go (probably Ledson), and for those who protest, this is what keeps the club going. And, Jack Payne has gone – maybe we’ll discuss the unfairness of the loan system one day.

Of course we managed to beat Charlton in the Checkatrade, and lose to Walsall in the league. Not an awful week, but most Oxford fans were probably hoping for the results to be the opposite to what they were.

Back to the signings; first up was Cameron Brannagan from Liverpool. As is typical of these signings, Twitter’s hive mind welcomed Brannagan as a hidden superstar. I’d never heard of him. This is no real surprise to me, a year or so ago I watched an England game featuring Eric Dier. I was vaguely familiar with the name, so was surprised to hear that someone I’d assumed to be Norwegian was playing for England. It also dawned on me that I had no idea which club he played for. For the first time in my life, that there were people playing for England I had absolutely no clue about. Being aware of those playing in youth teams, even at Premier League level, is truly beyond my capacity.

There’s a lot to be encouraged about with Brannagan, obviously I hope he turns into another Ledson, Lundstram or Rothwell.

As I’m wont to do on Twitter, on the announcement of his signing, it got me thinking about his first training session, about meeting players, about the alien surroundings of a League 1 club coming from one of the biggest in the world. And about the identikit interviews that you get with players. It then got me thinking about the truly bizarre trend of new Oxford signings managing to acquire long-term injuries practically the moment they walk in the door. The list – Christian Ribiero, Charlie Raglan and Ivo Pekalski, Rob Hall – is so comically long, you’d think it was, in some way, deliberate. Which, for the avoidance of doubt, given what I’m about to say, it isn’t.

So I mocked up a quote supposedly from Brannagan which mixed those bland statements new signings always make with an acknowledgement of the inevitable long-term injury that has to be picked up before a debut can be made.

Brannagan: “I’m looking forward to joining the lads for training tomorrow, snapping my ACL, and making my debut next August.”

It got a goodly number of ‘likes’ from people picking up the obscure target reference in the joke. I once tried to explain one of my more successful Twitter jokes to a non-Oxford supporting friend of mine. It took about 10 minutes to set the joke up bringing in a whole range of obscure characters and incidences from Oxford’s past in order to frame the punchline. My friend looked on blankly and received the punchline with a look of bewilderment as he searched through the detritus of what I had just told him for anything that might resemble ‘funny’. Clearly, this stuff will never translate to Live at the Apollo.

It wasn’t all positive. A couple of people thought I had ‘jinxed’ Brannagan’s signing and that should he have a long-layoff it would somehow be my fault. As far as I’m aware, scientists have struggled to find an empirical the link between Twitter and sporting injuries, but as Brexit has told us; we’re all fed up with what experts think.

One person chastised me for bringing down the good reputation of my Twitter account and blog.  This suggests that I have some kind of code I adhere to, which really overstates the amount I think about these things. I give very little thought to what my blog should be about, as the lack of Walsallness in this ‘Walsall wrap’ is testimony. It’s very difficult to fail to reach a standard that doesn’t  exist.

Perhaps even more bizarrely, I spotted someone on my timeline exchanging tweets with another user whose responses I couldn’t see. Clicking on the name I found out I’d been blocked. I can’t remember being ‘blocked’ before. A bit more searching revealed that it was Brannagan’s dad, who had enthusiastically been ingratiating himself with the Oxford Twitter community, apart from me.

I hadn’t followed him, he hadn’t followed me, I stumbled across this fact by accident. I assume it’s a (silent) protest against my post about his son (or more specifically, about a particular quirk specific to Oxford United signings over the last couple of years). Had our other signing – Isaac Buckley-Ricketts – signed first, the joke would have been about him.

This assumes he thinks I deliberately want Brannagan to get injured, which you have to say would be an odd thing for any fan to think of in any new signing. I get that Brannagan snr probably hasn’t tracked Charlie Raglan’s injury record, but it is curious to be quite so reactionary. God help us when he hears the response when Brannagan shanks a cross into the East Stand or heaven forefend, passes backwards.

The truth is, the reception of the tweet was much more positive than negative and the people who are likely to get this stuff, got it. Plus, I will enthusiastically embrace Brannagan like anyone if he comes good for us. Generally speaking I try to ignore the (very occasional) negative comment I get – I once got a angry tweet from someone when I suggested Michael Appleton should be sacked for fielding an under-strength side in the Oxfordshire Senior Cup – but it does make you think that, as we get bigger, and more people get interested in us, just how different being an Oxford fans will really be.