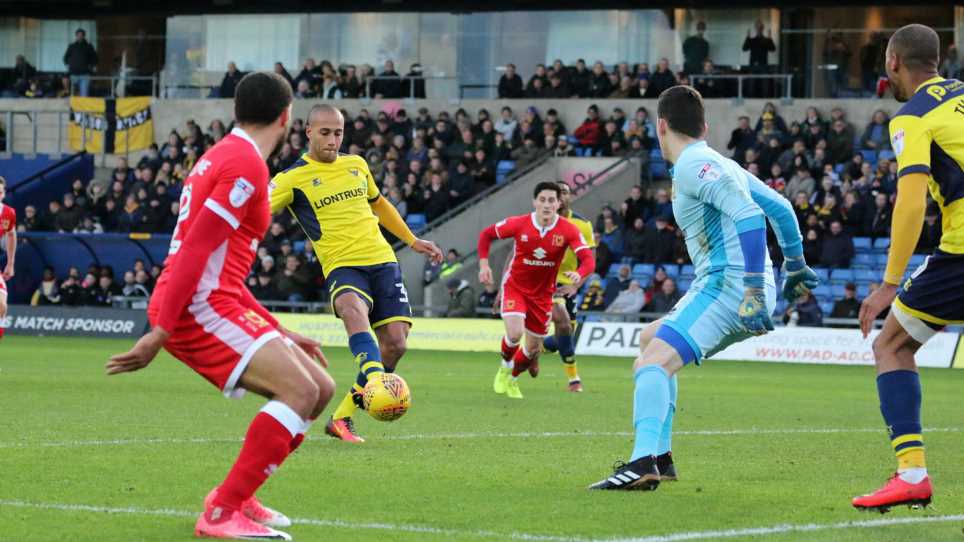 It was generally acknowledged that December and the Christmas period would define our season and so it has proved to be. It seems most likely that the play-offs are beyond us, and even if we manage to sneak in, then the last few games seem to prove we are still not ready for the Championship.

Whether this is a good thing or not is open to endless debate and probably depends on how impatient you are to see the club achieve its ambitions. The four Christmas games were, of course, overshadowed by the Wigan thrashing. But, looking objectively, they are league leaders and look well equipped to be in the same position at the end of the season, then we played sure-fire play-off contenders Bradford away. Plenty of other teams will lose both those fixtures this season. The problem with them being so close together is that it put pressure on the Gillingham and MK Dons games to pick up points. Four points (and three minutes from taking six) is actually a respectable, if not thrilling points total. So, although Wigan was a humiliation, as a block of results they were probably not wholly unexpected or as disastrous as initially perceived.
Defensively there are issues, of course, if you think that last year we had Edwards, Johnson, Dunkley and Nelson – three of whom can comfortably play in a division above. The back-four we have now is makeshift, each can compete in League 1, but together as a quartet there are issues.
While MK Dons oscillated gently from boring organisation to blythe incompetence, our performance did show glimpses of what we saw earlier in the season. We were far more mobile in attack, something that has only become possible in the last week or so with the return of van Kessel, Obika and Mehmeti. You could also see the intention to keep moving the ball to pull teams out of shape. English fans are notorious for their affliction to passes going backwards, but it draws the opposition on, helping us to attack on the break. How many times in the last 15 years have we complained about not being able to break teams down at home? This can be a very effective way of doing it.
Of course, the ultimate ambition is to be competitive with the teams at the top of the division. But, there is little doubt that the Eales project was significantly disrupted during the summer, so being on par with last year is not an unrealistic ambition in the circumstances and, despite the disruption, that’s pretty much where we are.
Pep Clotet’s arrival coincided with the gutting of Michael Appleton’s squad. He filled the gap with people he knew he could trust and, more importantly, were available. He’s implied in interviews that he didn’t expect to have to fill so many holes in the squad. So, what we we have seen to date is not so much the end state, but glimpses of Clotet’s philosophy.

If December was a test of our current credentials on the pitch, January may be more important off it. While it’s unlikely that we’ll fix all the weaknesses in the squad, the nature of any signings we make could give us a clearer indiction of the real Pep Clotet model.