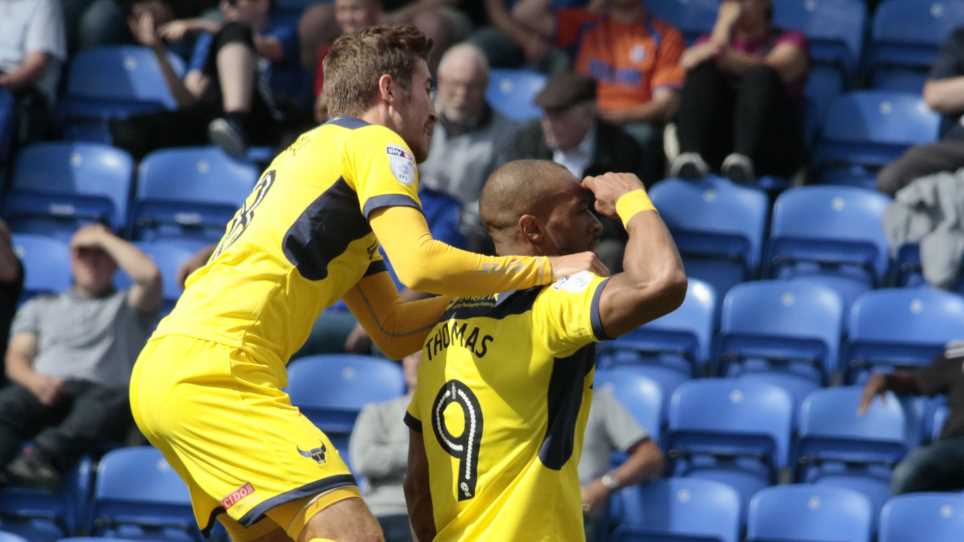 The start of the football season isn’t quite like it used to be. In the past the first game felt like the mobilisation of a movement, every fan, player and manager from the bottom of the game to the top setting off on an adventure together. Now, the Premier League hangs back a week, like the lead singer in a dysfunctional rock band stealing the limelight and applause. In August there are still holidays and weddings to negotiate. There are appointments set without consultation because those who don’t know think early August is the middle of summer and not, as we know, start of the winter. As such, first day of the Football League is more like the opening overs of a test match, it happens while people are still turning taking their seats and getting their bearings.

But these are important games for Pep Clotet, for all the talk of him being a promising coach and the carefully chosen words about joining a family of a club with great fans, he still has big shoes to fill. Following the win over Oldham on Saturday, people were pointing out that he was the first manager since Darren Patterson to win his first game in charge. But he’s also the first manager since Darren Patterson to be taking over a team with a forward momentum. In short, he should be winning his first game in charge.

The win was reassuringly solid, not freaky like the opening day apparition against Portsmouth in 2013. It was a continuation of the progress we have been making under Michael Appleton, a tangible sign that we remain in good hands.

It all helps bed in new players, keep old ones engaged and gives both fans and owner reassurance. It feels like a long time ago now, but Michael Appleton opened his account with four consecutive league defeats sending understandable panic through the Oxford fans. Then, Darryl Eales was able to point to a long-game and there were plenty of credible excuses for the dire run given he’d only taken over the club weeks before. There is not so much of that luxury nowadays; this is a club that needs to sustain its momentum. We’ve built a reputation for recruiting cleverly, then developing and selling talented players, we want to keep attracting scouts to our games, it’s so integral to sustaining us as a club it’s a reputation we can’t afford to lose.

It may be that Clotet will actually benefit for the loss of the bigger personalities in the squad; Lundstram, Maguire, Sercombe, Dunkley and Skarz were all Appleton people, losing them from the squad cleanses the pallets of the fans, and allows Clotet’s own players to settle without constant reminders of what has been achieved in the past.

If this is the opening overs of a test match, then the win over Oldham was a satisfying cover drive to help build muscle memory, loosen limbs and hide insecurities; a few more and we can start setting some longer-term goals.