February always looked pretty pivotal, we opened the month with a defeat (but victory) over Millwall taking us to Wembley, then the rapid fire fixtures against Northampton, Accrington and Wimbledon – all promotion and play-off contenders – plus Exeter, Wimbledon, Morecambe away from home.

The squad had been pummelled physically and mentally during January and then were faced with an intense fixture programme. How did we hold up?

It wasn’t all plain sailing; frustrating home form and, for the first time this season, two consecutive defeats. That said, the Appletonometer actually finished the month on a high. In the 46 games to the Wimbledon win accumulated 84 points. We flatlined for most of the month, which reflects that our form was almost identical to this time last year, but the kick-up post-Wimbledon means we’re in a better position than we’ve ever been under Michael Appleton. 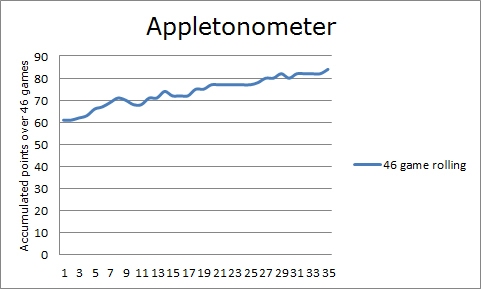 Unsurprisingly, however, short term form has taken a dip since Christmas.The two defeats against Northampton and Accrington saw our form drop to below what’s needed for even the play-offs for the first time since last season. To some extent, our current position is reliant on strong early season form. 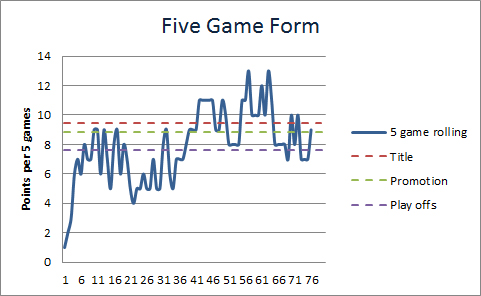 And the big picture? We’re still comfortably on track for promotion. Or as comfortable as it’s possible to be in a promotion race. The thing with promotion, and something we’re not used to, is that you have to keep accumulating points because that’s exactly what everyone around you is doing. In a normal season we’d be competing for the title, but Northampton aren’t normal team this year. Still, with March looking like a much more straight forward month, we do look like we’re in a strong position. 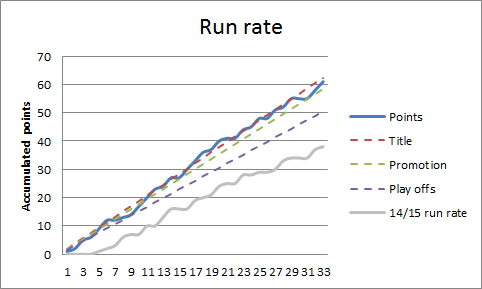