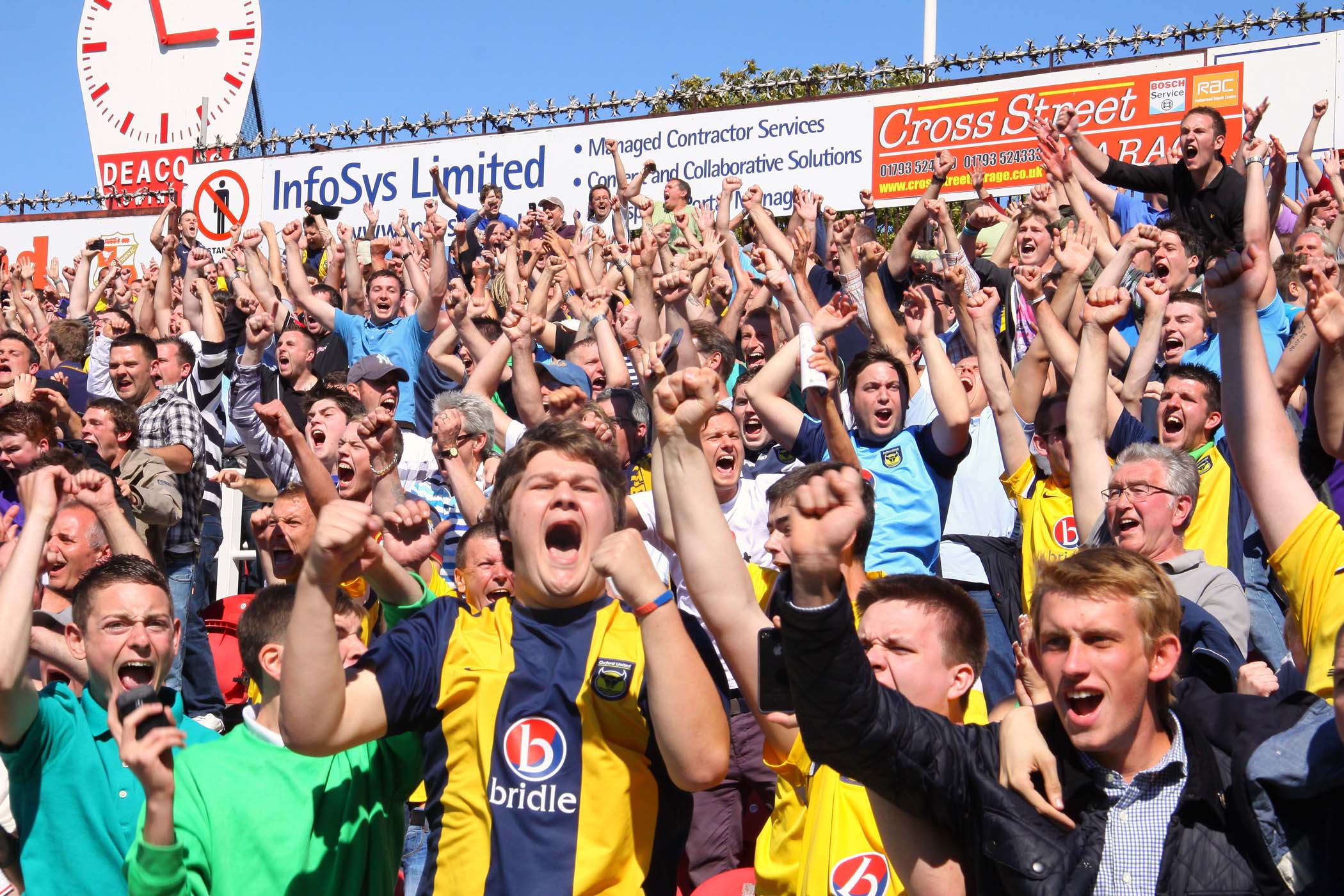 Most games need context, some can exist in a vacuum; Oxford v Swindon in the JPT is very much the latter. This is not about progression in the tournament, it’s not even about settling any scores, it’s just an opportunity to dook it out with an old friend. A bar brawl rather than an officially sanctioned prize-fight. That’s figuratively, not literally, if you’re a hoolie moron.
There are those who talk about this being a distraction. If it is, then you would have to question our mental capacity to get promoted in the first place. What’s more, it’s here, it’s happening, we’ve got to deal with it.

I’ve been watching Oxford for over 30 years, I’ve seen one Milk Cup and four promotions; that’s a paltry return. Nine derby victories improves that return on investment considerably. We don’t play each other very often; we might as well enjoy it.

Let’s be honest, we’re not getting much work done over the next couple of days are we? Whatever it is that you do, and let’s face it, most of us do nothing of any particular value to mankind, can wait until tomorrow. Or, if we win, it can wait until the day after that. So, why not use up the spare time you’ve got to read the Oxblogger series: 30 years of the Swindon Derby.

So many to choose from; Wilder’s trilogy of wins? the 3-0 Beauchamp-inspired triumph of 1996? Too easy. How about this one? The good old days were rapidly coming to an end in 1999, we’d bought Dean Windass with money we didn’t have, the Manor was falling apart and a saviour by the name of Firoz Kassam was on the horizon.

But, this was a whole heap of fun.

This got 3,500 views and was picked up by the Guardian:

“It’s not a rivalry based on class or religion or economics, but on football, two teams that have grown to dislike each other on the football field and in the stands. Important only to those involved. Outsiders are not welcome. Perhaps it’s the intimacy of the fixture, and the ambivalence of everyone else, that makes it so intense. When you’re stuck in a vacuum nobody hears you scream, so you might as well scream at each other.”