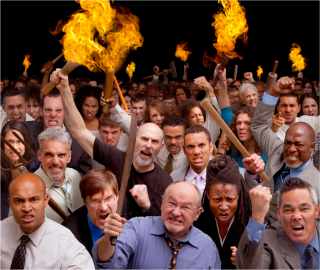 We’re in that part of the season, and in that kind of form where even a Tuesday night trip to Accrington comes with the complete expectation of a comfortable win. Not a hopeful win, not that we’ll be happy with a draw, a win is expected and demanded. Which is precisely what we did, of course.

Living up to expectations is a novelty for us. The efficient execution of a plan; the sure fire sign of success, is something that we haven’t been able to do for years. I remember not so long ago, listening to the radio and the presenters speculating that back-to-back home wins would make a difference to whichever season it was. We’d subsequently go and drop points citing the pressure. Now, if we expect three points, we get three points. Not always, but often.

Two defeats in 20 is form that other teams have, not us, but it was not that long ago someone on the radio was saying that Chris Wilder had done nothing for the club this season. It was absurd then, of course, but what are those people thinking now?

When Chris Wilder first arrived at the Kassam, what kind of objectives might we have set for him? Promotion from the football league? For sure. And that was achieved. Year on year progress in the league? That was achieved. Beat your biggest rivals? Well, yes, twice. What about; that we should win our big games – not an easy one to quantify, but we’ve played 8 games under Wilder in front of more than 10,000 fans and won 5.

One defeat was the West Ham League Cup tie which we lost in the last minute to a goal from the soon to be Footballer of the Year and now England captain. Another was Northwich in the last game of the 2008/9 season, which was a crazy time with a crazy team. Only the 5-0 reverse to Bradford last season, you could argue, was a true failure to perform on the bigger stages. In short, we do well in big games. In addition, you have to be in it to win it; it’s taken Chris Wilder 3.5 years to put us in front of 8 10k+ crowds – half the time it took to play 8 10k games before that. And during those 8 games we lost 7; the win against Swindon in the Cup.

What might Chris Wilder have achieved? He could have got us up as champions from the Conference, he could have got us out of League 2 at the first attempt, and he might have found a sustainable striking solution rather than rely on James Constable. With a bit more application in a couple of home games, we could be scrapping toe-for-toe with Swindon for the title. You might also argue that he should have kept Dannie Bulman. But these would have simply polished a comparatively golden period. The Conference championship would have been deeply satisfying, but it would have been at the expense of the adrenaline rush of Wembley. I’m happy to have lived through these blips, to have experienced all the highs of the Wilder-era.

Those who criticise Wilder dissolve into the background at times like this; but they are like sleeper cells. There is a chance that we will hit difficulties in the future. Life in League 1 – which appears to be in our future, maybe this year, maybe next – will be a very different proposition again. We may find ourselves in a relegation battle. This is the perfect opportunity for the sleeper cells to return to ‘tell us so’. They will claim they were right all along. Chris Wilder is limited and has done nothing for this club.

Apologists will argue that they have a right to criticise, it is their club and they will be around long after Wilder has gone. Plus, they’ve paid for their tickets – they’re customers. These things are true, but if you are indeed a fan in it for the long term; why are you looking for such a short term fix? If you are just a ‘customer’, then use your prerogative and walk away. If central values of being a fan are loyalty and longevity; people with half an ounce of decency will bestow a little of that on Chris Wilder as he takes us forward.